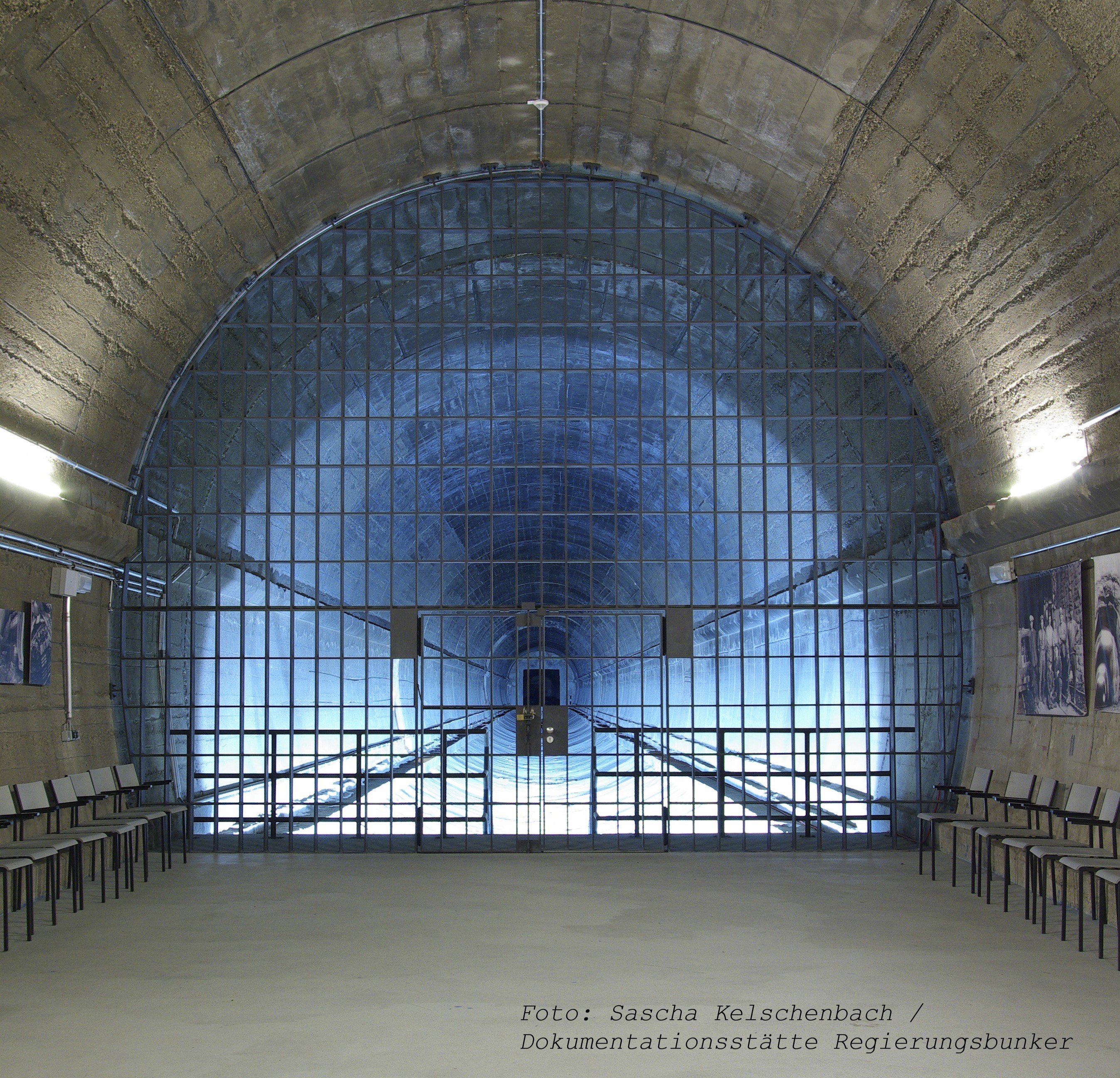 The bunker of the German federal government inside the hills on the northern side of the Ahr valley has been the most top secret building in the history of the federal Republic of Germany. Since 2008, sections of the original installations in old railway tunnels are accessible. The "Dokumentationsstätte Regierungsbunker" has already attracted thousands of visitors from all over the world.

On a guided tour you will see extensive documentation and many original objects in combination with the original scene.  The Old Government Bunker presents an exciting insight into a chapter of German history, which was a part of the global mutual deterrence of the atomic powers in the Eastern and Western Blocs during the Cold War era.

Please consider that the temperature in the bunker is 12 degrees Celsius – bring adequate clothing.

Recommendations for your free time: Within short walking distance, the picturesque town of Ahrweiler offers a wide range of cafés and restaurants where you can taste the local red wine. You can also enjoy a stroll through the surrounding vineyards and woods with impressive views of the Ahr valley and the Eifel hills.